Airtel Africa Plc on Tuesday was listed on the floor of the Nigerian Stock Exchange. The telco giant becomes the second listed telecommunication company on the Nigerian Bourse, taking a cue from MTN Nigeria.

Airtel opened the trade with the share price of N363 and closed at N399.3 gaining 10% for the day. With market capitalisation of N1.5 trillion Airtel Africa Plc has the Shares Outstanding of 3.758 billion.

The market breadth closed negative as 8 stocks gained while 20 stocks declined in their share prices. 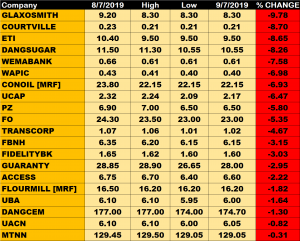