The Nigerian equities market on Wednesday further declined as the All Share Index closed 0.79% to settle at 26,598.94 points against the previous close of 26,809.92 points on Tuesday.

The market capitalisation closed at N12.948 trillion from the previous close of N13.051 trillion

The market breadth closed negative as 13 stocks gained against 15 that declined. 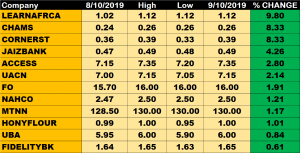 CHAMS and Cornerstone Insurance among other gainers also grew their share prices by 8.33% each. 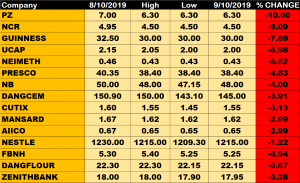 Guaranty traded about 21 million units of its shares in 294 deals, valued at N583 million.