For three consecutive days, trading activities on the floor of the Nigerian Stock Exchange has been on the upward trend. So far this week the All Share Index has grown by 2.0% with about N222 billion gain in Market Capitalisation.

Aggregate volume and value of traded stocks closed at 226.98 million units and N1.74billion in 3,399 deals. 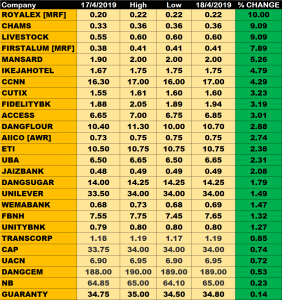 Royal Exchange with 10% growth led other gainers to close at N0.22 from the previous close of N.20.

Chams Plc and Livestock Feeds among others on the gainers’ list both grew their share prices by 9.09% to close at N0.36 and N0.60 respectively. 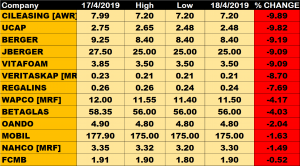