Trading activities on the floor of the Nigerian Stock Exchange on Wednesday closed in red as the All Share Index declines by 0.21% to close at 29,256.60 points from the previous close of 29,318.02 points on Tuesday.

The market breadth closed negative as 15 stocks gained while 17 stocks declined in their share prices. 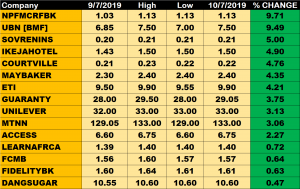 NPF Microfinance Bank with 9.71% growth led other gainers to close at N1.13 from the previous close of N1.03.

Union Bank and Sovereign Trust Insurance among other gainers also grew their share prices by 9.49% and 5.00% respectively. 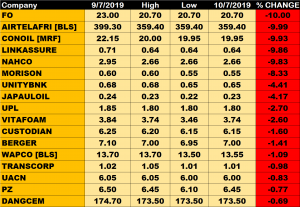