The Nigeria equities market opened the week on a negative note as the bourse closed in the red on Monday shedding 0.85%. The significant -2.88% decline in DANGCEM’s share price as however been identified as major driving f0rce behind the general market weakness.

AIICO emerged the highest percentage gainer advancing by 10% to close at 88kobo, while UNIC which lost -8.70% is the worst hit closing at 42 kobo as against the 46kobo it last traded last week. 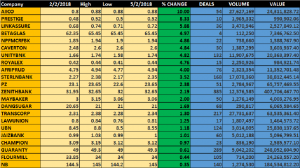 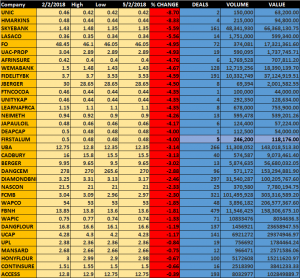 FCMB which later lost 2.30% was the most actively traded stocks with 101million units of shares worth about N303m sold in 321 deals.

Zenith Bank which traded 12.576units of shares in 385 number of deals, attracted most funds as the total amount of N407.706 was splashed on the stock for the day.